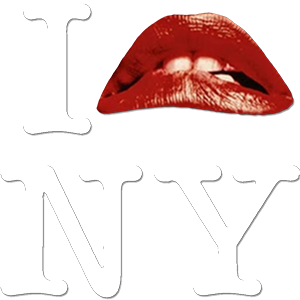 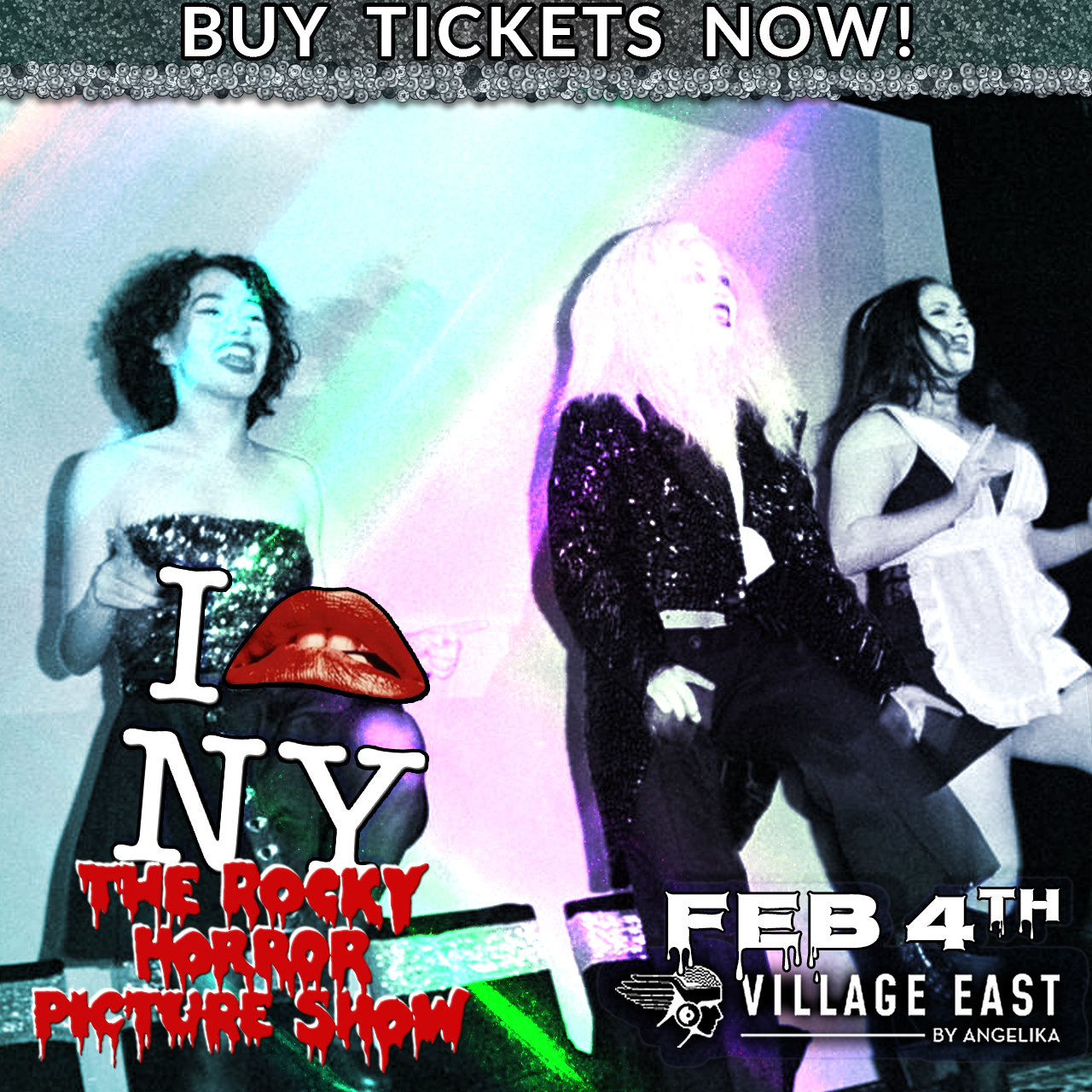 Is the New York Cast performing every week?

The New York City Rocky Horror Cast performs Every 1st & 3rd Saturday @ Village East Cinema & at venues all over the Big Apple. All shows will be posted here on nycrhps.org and to all of our social media. Purchasing advance tickets for all of our shows is highly recommended, as they are selling out fast! Please check our social media pages (@nycrhps) for the most current updates.

Is this a live stage performance of The Rocky Horror Show?

No. We perform in costume in front of a screen as the movie plays, as is tradition. From time to time, a live production will spring up in the area, so keep your eyes peeled.

Can I book the cast for my venue or for a private show?

Yes! We are excited to be partnering with more and more venues across the New York City area. If you manage a movie or traditional theater, bar, club, or other venue and would like to discuss a one-time or recurring booking, please contact us! We have a variety of partnership opportunities available for venues of all types and sizes. For questions regarding booking a performance, joining cast/crew, weekly casting, or general show/theater information, please contact: Cast Leadership

Does the cast ever shadow other movies?

If we do, we will be sure to advertise well in advance. Repo and Hedwig have their own casts in the area and perform in various venues around NYC, but we are not affiliated with them.

What is Audience Participation?

During a viewing of Rocky Horror, you will often hear other audience members shouting out witty responses to the action and dialog on screen. These callbacks are a constantly-evolving dialog between the audience in the movie. If you think of something funny, timely, and relevent to the action on screen just scream it out - and see your fellow movie-goers react. If you have never seen the show before, here are a few simple ones to get you started!

Brad can be called an Asshole whenever he is introducing himself, or when the Criminologist says his name.

Janet is a Slut, used when she is introduced, or during the Criminologist's lines.

Rice: At the beginning of the film is the wedding of Ralph Hapschatt and Betty Munroe. As the newlyweds exit the church, rice is traditionally thrown along with the on-screen wedding guests. However our theatre does not currently allow rice to be used during the show, so please leave yours at home.

Newspapers: When Brad and Janet are caught in the storm, Janet covers her head with a newspaper, the "Plain Dealer". At this point, you should likewise cover your head.

Flashlights: During the "There's a light" verse of "Over at the Frankenstein Place," you should light up the theater with flashlights, cellphones, glowsticks, etc. (Just don't use any open flames, these are a no-no in our theater!)

Rubber gloves: During and after the creation speech, Frank snaps his rubber gloves three times. Later, Magenta pulls these gloves off his hands. You should snap your gloves in sync each time to create a fantastic sound effect.

Noisemakers: At the end of the creation speech, the Transylvanians respond with applause and noisemakers. You should do the same.

Confetti: At the end of the "Charles Atlas Song" reprise, the Transylvanians throw confetti as Rocky and Frank head toward the bedroom. You should do the same.

Toilet paper: When Dr. Scott enters the lab, Brad cries out "Great Scott!" At this point, you should hurl rolls of toilet paper into the air (preferably Scotts). Again, remember that the performers are not targets to be aimed at, no matter how strong the temptation!

Toast: When Frank proposes a toast at dinner, members of the audience throw toast into the air (preferably unbuttered... things could get sticky).

Party hat: At the dinner table, when Frank puts on a party hat, you should do the same.

Bell: During the song "Planet Schmanet Janet," ring the bell when Frank sings "Did you hear a bell ring?"

Cards: During the song "I'm Going Home," Frank sings "Cards for sorrow, cards for pain". At this point you should shower the theater with cards.

If you forget to bring anything, don't worry! The NYC Rocky Horror Picture Show Cast sells prop bags that contain many (but not all) of the goodies mentioned above for your participatory pleasure!

What COVID precautions are being taken for NYCRHPS Shows?

All NYCRHPS cast members are fully vaccinated. The New York City Rocky Horror Cast and all venues we partner with fully comply with all New York City COVID regulations.

We are currently seeking new performers and crew!

If you'd like to join us, fill out an application and bring it with you to our show.